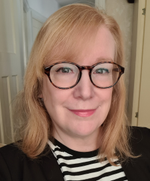 The company still plans to introduce its single-chip, 84-qubit quantum computer next year and its 336-qubit multi-chip processor later in 2023.

The company identified three factors behind the delays: